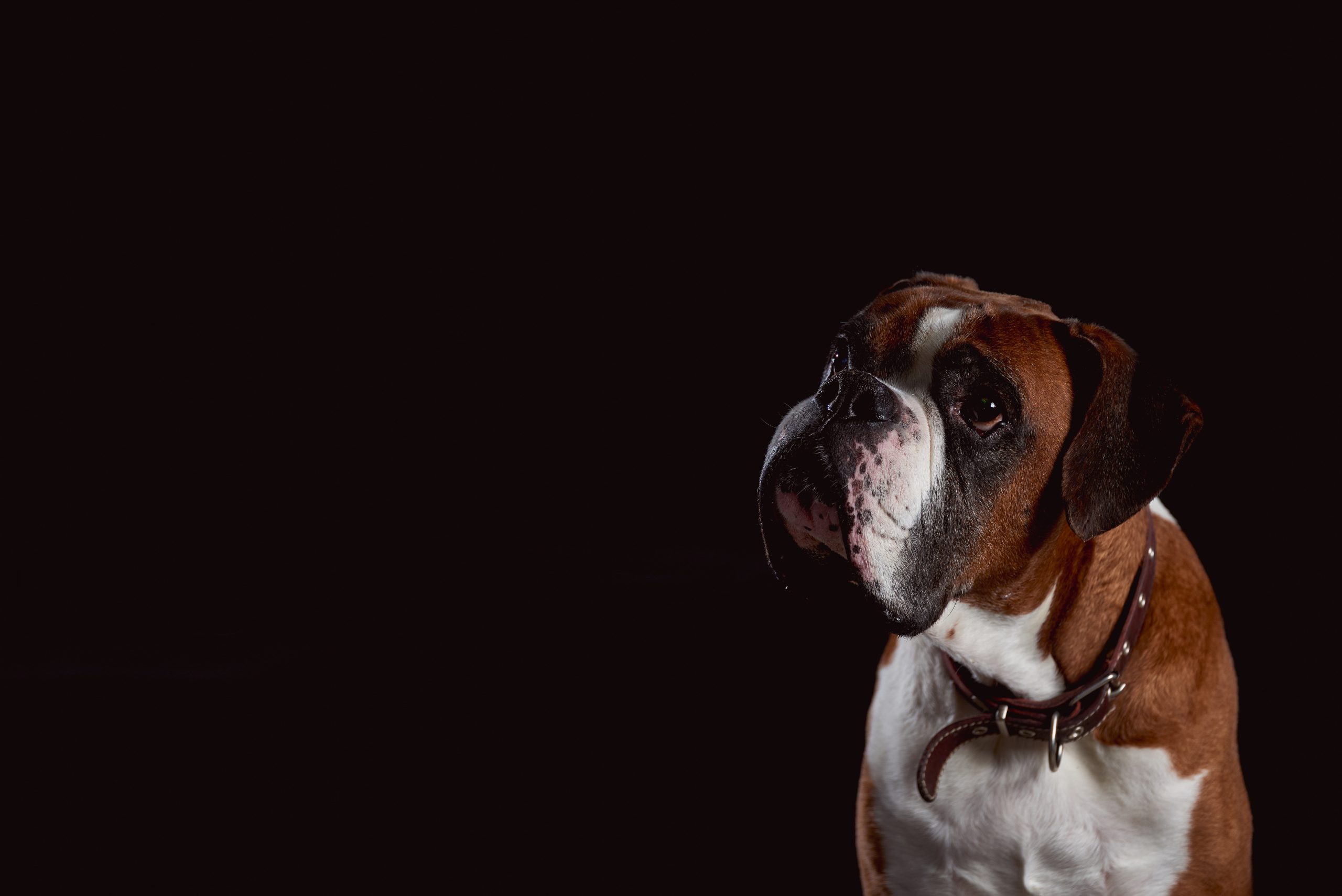 Talk to Boxers like you would to children when they do something wrong.

Tell them “no” and show them immediately what the correct behavior should be and reward them for doing it right. After a few times, they’ll know how to do it right.

For example, tell him “NO” when you catch him chewing the shoes. Then immediately give him his own toys to chew and cheer him on to chew on the toys. Praise him for doing so.

Use sparingly those reprimanding words like “No,” “Stop that,” “get off” and “bad dog!” Instead, use more praises to reward good behavior in your Boxers, and only then the reprimands will take on stronger meaning.

A correct reprimand is short, sharp, and immediate.

Only reprimand when you catch your Boxer doing something wrong, and punish only with your voice.

Hitting, kicking, slapping, or spanking your Boxer would create more problems and usually makes existing problems worse. You may just end up with a barking and chewing dog, one that is leery, hand-shy, fearful, or aggressive.

If you really have to spank one with your hand, just slap him across the behind.

Repetition and Rewarding Your Boxer

Repetitions in doing the right things and rewarding your Boxer every single time are crucial in training.

The more often he is rewarded, the better and quicker he will learn. Create situations where your Boxer can get plenty of practice at doing the right things.

Be sure to praise him when he does a good job.

This is simple but not always easy to do. Bad behaviors like biting, constant yelping and barking, and tearing the house apart get our immediate notice. What we easily forget to acknowledge are the good parts – when the Boxer is lying down quietly, chewing on his own toys, leaving the carpet unsoiled.

Praise and reward are the most important part of maintaining your Boxer’s good behavior and preventing him from getting into trouble.

Foods treats, or praise will bring out the best responses from your Boxers during training.

Treats can come in the form of their favorite food, toy, or something the Boxer really loves to do.

Whenever practicing any obedience training and upon finishing, one owner and his Boxer will have a big playtime by running and throwing his favorite toys. Other Boxers prefer to go for rides, enjoying the wind in their faces, or even playing football!

Some Boxers will take the commands in training with great joy knowing that they will get something to eat!

Some favorites are ice cream, cheese, ham, and chicken. One Boxer fancies a handful of ice cubes to crunch on though he’s not thirsty.

The all-time dog favorites of fetching and hide and seek games can be made more treasured using your Boxer’s favorite ball or toy, and giving him plenty of stroking in between throws.