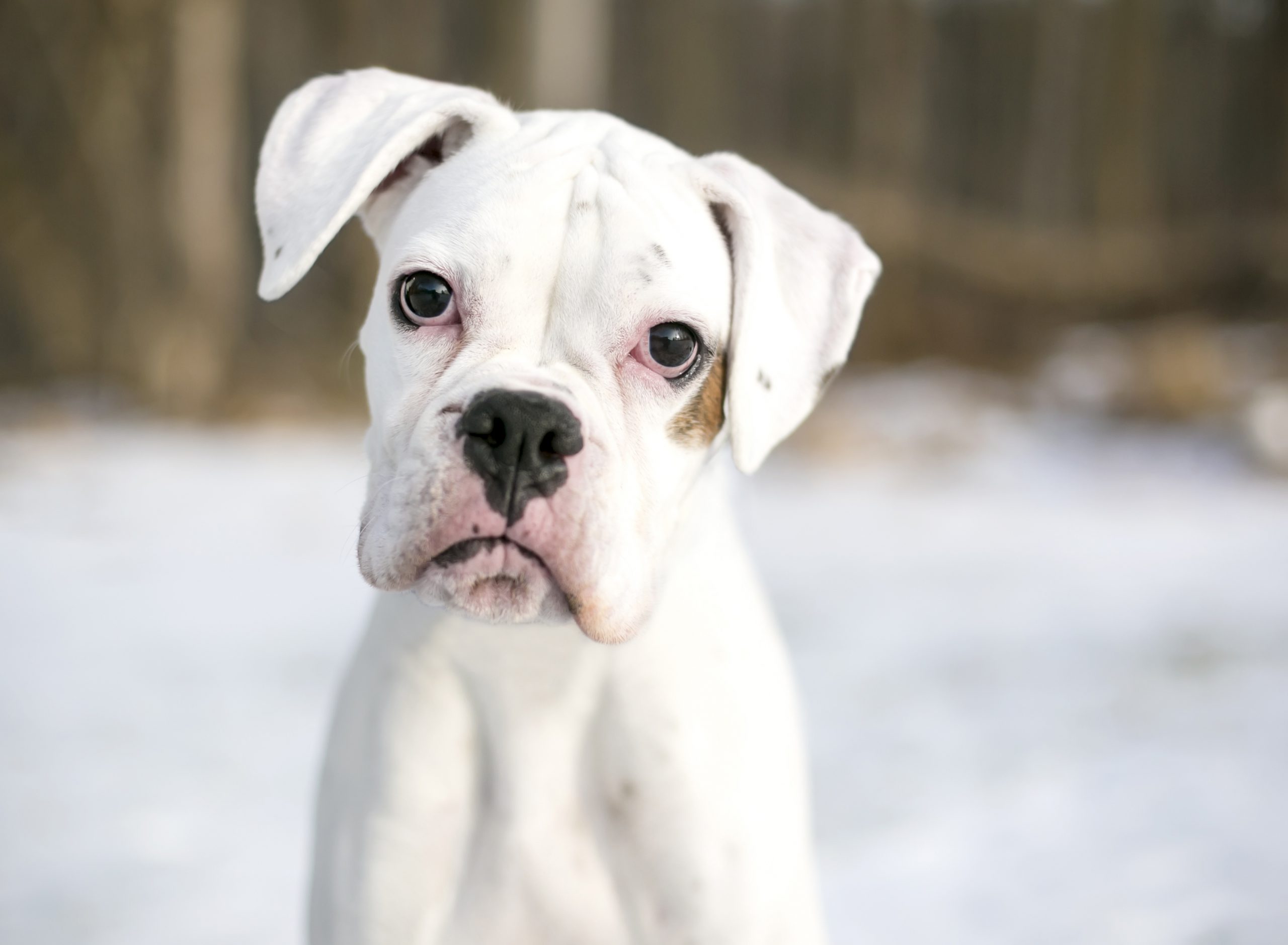 The answer is “no” if you are the type who mostly leave your dog on a chain. Boxers require much of your love, attention, and companionship, although they are easy to take care of.

One Boxer-lover even said to never get one as a pet if you work full time!

Another point to consider is that the costs for food, training, grooming, medical care, toys, and other supplies do add up.

Still, for many years now, the Boxer has ranked in the top 10 of favorite purebreds by the American Kennel Club, numbering about 35,000 Boxers registered in 2003.

Boxers need constant attention and love to be babied. Treat your Boxer as your best friend and play, play, play with him.

One three-month-old Boxer loves her bath more when the owner sings to her. Be it playing, talking, or singing to them, or taking them for a walk, Boxers simply love the attention.

Shower them with love, affection, and attention, as well as some treats.

These keep Boxers happy. Left to their own devices, Boxers can become very destructive when lonely, bored, and ignored. One is known to jump over 6-footer fences if the owner is gone for too long.

Give extra space when you have to leave Boxers alone over an extended period. They don’t like to be locked in a room. One owner gives a 4-year old male Boxer the run of the hall stairs, landing, and its own bedroom, and the dog is much happier and not destructive at all.

When you have to leave Boxers alone, you better make sure they have a toy they really like, or they’ll find something to do that you probably really won’t like.

Boxers are too smart and strong for their own good, and if they’re bored and undisciplined, they can be a disaster in the house.

That is why obedience training is important in order to prevent the destruction of too many of your belongings. Training makes a happier dog.

The accepted temperament for Boxers rules out aggression, hyperactivity, and extreme shyness in the breed. You want to have these under control in your pet.

Experts suggest that, when adopting a Boxer, you should at least check the parent dogs for these undesirable traits before even looking at the puppies.

“I love my Boxer girl, but she can be a terror sometimes and could get really hyper to where she’d attack us. I’d hate to think what all she’d get into without any training at all!”

By the way, there are more accounts, from owners, of aggression among their female Boxers, especially towards other females.

Boxers have high play drive, and they need their exercise, or they’d get excitable and destructive.

Play, play and play with them. Give them extra space, especially when you have to leave them alone for a long period. Tire them out with long walks and play sessions but within a fenced area or on a leash.

When going for their walks, opt for a body harness if you have a Boxer that pulls or strays.

A harness is an answer to the Boxer slipping out of the collar. The chain-harness combo looks good as well as trains the dog.

Boxer To Walk Without Pulling Or Straying

Extreme shyness (not to be mistaken with independence) It’s critical to socialize your Boxers. When they are still puppies, take them to public places like a pet store so they won’t be so shy.

Begin training in an area that is familiar to your Boxer, where there is a minimum distraction. Once both of you are skilled at several obedience commands, take him to practice at different areas with an increasing amount of distractions present.

This may seem like starting all over again, but it’s worth the effort. One family took theirs to the local mini-mart and practiced obedience training right outside, where there were distractions from people.

“Strangers came over and petted him and gave him treats. He met all kinds of people and learned to follow commands despite the distractions, and is a better dog today.”

This website uses cookies to improve your experience while you navigate through the website. Out of these, the cookies that are categorized as necessary are stored on your browser as they are essential for the working of basic functionalities of the website. We also use third-party cookies that help us analyze and understand how you use this website. These cookies will be stored in your browser only with your consent. You also have the option to opt-out of these cookies. But opting out of some of these cookies may affect your browsing experience.
Necessary Always Enabled

Performance cookies are used to understand and analyze the key performance indexes of the website which helps in delivering a better user experience for the visitors.

Analytical cookies are used to understand how visitors interact with the website. These cookies help provide information on metrics the number of visitors, bounce rate, traffic source, etc.

Advertisement cookies are used to provide visitors with relevant ads and marketing campaigns. These cookies track visitors across websites and collect information to provide customized ads.

Other uncategorized cookies are those that are being analyzed and have not been classified into a category as yet.